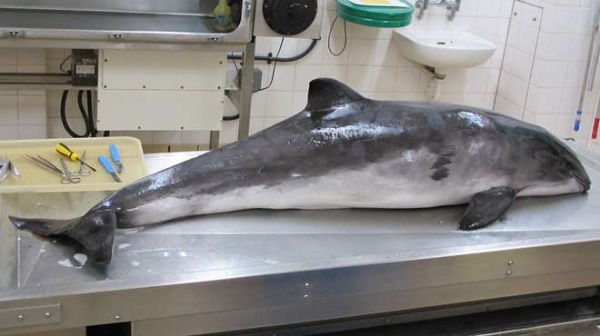 New ZSL study reveals mothers detoxify themselves by passing on most neurotoxic PCBs through lactation.

Harbour porpoise calves around the UK are carrying a more neurotoxic cocktail of PCBs than their mothers, as females unknowingly detoxify themselves by transferring the chemicals while feeding their young, new research reveals today.

Published in the Science of the Total Environment today (Tuesday 3 December 2019) and led by Cetacean Strandings Investigation Programme (CSIP) scientists from international conservation charity ZSL (Zoological Society of London) and Brunel University London, the study shows that the 209 variants of PCBs have varied levels of persistence in marine mammals, with some types of the chemicals proving less toxic and more efficiently metabolised than others throughout an animal’s lifetime.

Critically however, the most persistent toxins remain in a mother’s body until they are transferred to infants during lactation – exposing their young to dangerous doses of the chemical pollutants, that are particularly toxic during brain development.

PCBs were once used in the likes of electrical equipment, surface coatings and paints back in the mid-1980s, before being banned across Europe due to their toxic effects on both people and wildlife. However, the group of persistent toxic chemicals continues to enter the marine environment through terrestrial run off, dredging and atmospheric transport, resulting in a complex mixture of the chemicals entering the food chain.

Image via Zoological Society of London