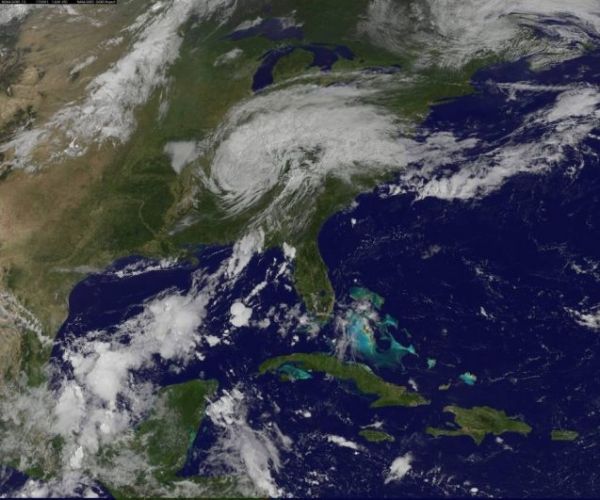 Analyzing decades of records, the researchers discovered that the accompanying rainfall tended to be more severe after a hurricane had abated to the category of a tropical storm.

But according to new research, the rains that come once the storm has weakened may actually be more intense than when the storm is at its strongest.

“The highest intensities of rainfall occur after the hurricanes have weakened to tropical storms, not when they first make landfall as major hurricanes,” said lead author Danielle Touma, a postdoctoral scholar at the University of California, Santa Barbara. The study appears in the journal Geophysical Research Letters.