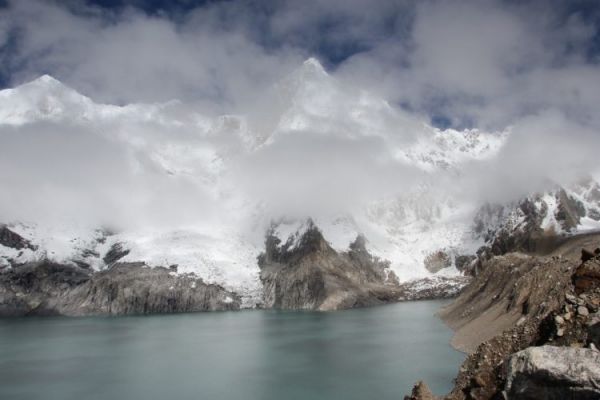 Himalayan glaciers have largely retreated, and lakes now cover the area where the glacier tongue was in earlier times.

The rate glaciers are melting in the Himalaya is being significantly accelerated by lakes already formed by glacial retreat, new research led by the University of St Andrews has found.

The study, published in Nature: Scientific Reports, concluded that the glaciers which have flowed into the lakes in recent decades are retreating and thinning at a much greater rate than any other glaciers in the Himalaya.

These glaciers are responsible for as much as 30 per cent of the ice loss in different parts of the mountain range, despite comprising just 10 to 15 per cent of the total glacier population.

Image via University of St. Andrews