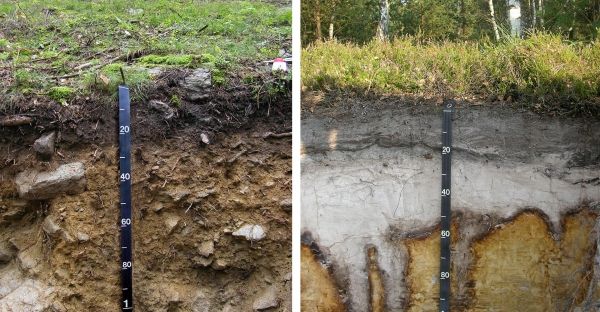 As the planet warms due to excess carbon dioxide in the atmosphere, a solution for drawing down that carbon – or at least a major part of it – lies silently below us.

Soil organic matter – made of decomposing plant, animal and microbial tissue – is what distinguishes healthy, vibrant soil from just plain dirt. Making up about 3% of productive agricultural soils, soil organic matter is an effective “carbon sink” that can store, in the ground, the carbon dioxide plants pull from the atmosphere. Along with reducing fossil fuel emissions, employing soils as vast carbon sinks is considered a key strategy in combating climate change.

A set of studies led by CSU soil scientist Francesca Cotrufo offers a newly nuanced understanding of different soil organic matter components that can be increased through varied management strategies. Publishing in Global Change Biology, Cotrufo and co-authors Jocelyn Lavallee and Jennifer Soong establish a framework for classifying soil organic matter into two broad categories that are fundamentally different in origin and makeup. In a related study in Nature Geoscience, Cotrufo led an experimental and statistical survey of these soil organic matter components across European forests and grasslands.

Only by recognizing the diversity of soil organic matter can science, government and agriculture move forward with carbon sequestration to help reverse the tide of climate change while increasing the health of our soils, the scientists say.