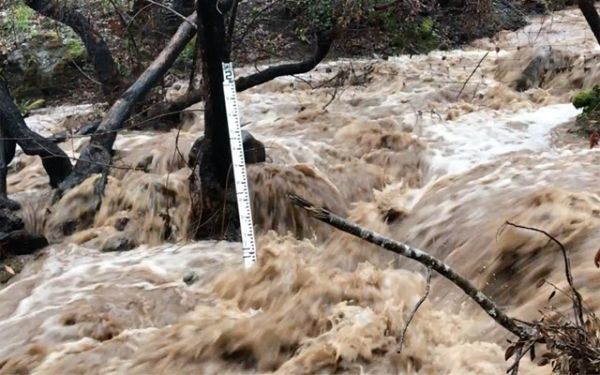 Researchers calculate damages caused by weather phenomenon in the West over 40-year period.

Atmospheric rivers pose a $1 billion-a-year flood risk in the West, according to a study released today.

Researchers at Scripps Institution of Oceanography at the University of California San Diego and the U.S. Army Corps of Engineers analyzed the economic impact of the winter storms that deliver an increasingly large share of rain and snow to California and the West. The study appears Dec. 4 in the journal Science Advances.

The team led by Scripps postdoctoral researcher Tom Corringham found that flooding has caused nearly $51 billion in damages to western states in the last 40 years. More than 84 percent of these damages were caused by atmospheric rivers (ARs), which are long narrow corridors of water vapor in the atmosphere capable of carrying more than twice the volume of the Amazon river through the sky.

In some coastal areas of Oregon and Northern California, ARs were responsible for over 99 percent of all flood damages, the study said. The researchers also noted that much of the economic damage was caused by only a handful of AR storms. An estimated $23 billion in damage, nearly half of all flood damage in the West over 40 years, was caused by just ten ARs. Overall the total flood damage from ARs averaged $1.1 billion annually throughout the West.