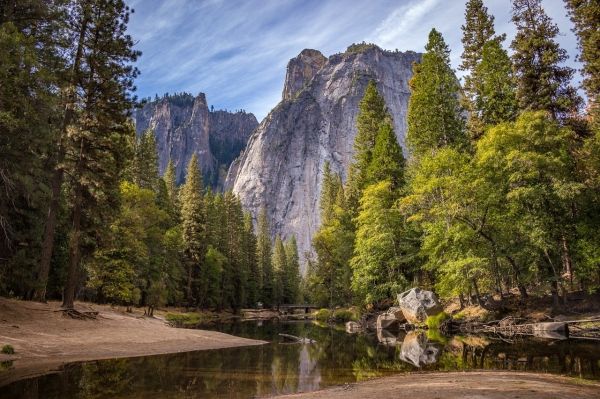 Mountains and highlands are often referred to as natural “water towers” because they provide lowland communities with essential freshwater for drinking, irrigation, industry, food, and energy production.

Mountains and highlands are often referred to as natural “water towers” because they provide lowland communities with essential freshwater for drinking, irrigation, industry, food, and energy production. A new Nature study provides insight into this valuable resource, which is crucial to the welfare of 1.9 billion people.

The combination of high mountain snow peaks and glaciers along with the natural biodiversity of these regions make them an irreplaceable part of the global water cycle. A team of 32 scientists from around the world, including from IIASA, have assessed the planet’s 78 mountain glacier–based water systems and, for the first time, ranked them in order of their importance to adjacent lowland communities, as well as their vulnerability to future environmental and socioeconomic changes. These systems–commonly referred to as water towers–store and transport water via glaciers, snow packs, lakes and streams, thereby supplying invaluable water resources to 1.9 billion people globally—roughly a quarter of the world’s population.

The research, published in the prestigious scientific journal Nature, provides evidence that global water towers are at risk, in many cases critically, due to the threats of climate change, growing populations, mismanagement of water resources, and other geopolitical factors. In addition, the authors conclude that it is essential to develop international, mountain-specific conservation and climate change adaptation policies and strategies to safeguard both ecosystems and people downstream.

“The significance of mountain water supply for drinking water and food production is increasing, which casts a large uncertainty in many regions of the world facing melting glaciers and decreasing snow packs. Some of the vulnerable water towers are especially under pressure due to demands from population growth and alarming increases in downstream water use,” explains study coauthor and Acting Program Director of the IIASA Water Program, Yoshihide Wada.