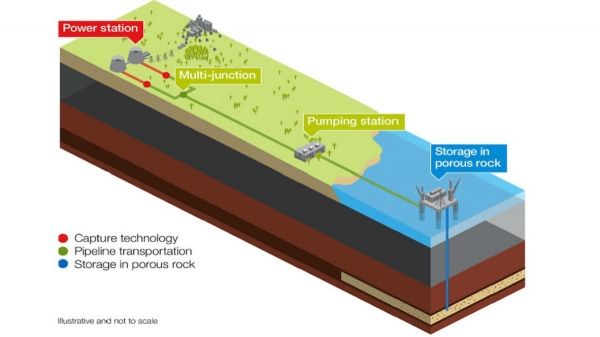 As the world gathers in Madrid to discuss how to reduce greenhouse gas emissions to fight climate change, a newly released study makes the case that trapping emissions underground could go a long way toward solving the problem.

The study – from The University of Texas at Austin, the Norwegian University of Science and Technology and the Equinor Research Centre – looks at the technology of carbon capture and storage (CCS), which is a method of capturing carbon dioxide from industrial and power plants and storing it more than a mile underground within tiny spaces in the rock.

The United Nation’s Intergovernmental Panel on Climate Change (IPCC) has stated that CCS needs to achieve 13% of the world’s necessary emission reductions by 2050. Some policy-makers, industry representatives and nongovernment organizations are dubious that CCS can meet its portion of the goal, but the new study published in Nature Scientific Reports shows that CCS could achieve its targets.

“With this paper, we provide an actionable, detailed pathway for CCS to meet the goals,” said coauthor Tip Meckel of UT’s Bureau of Economic Geology. “This is a really big hammer that we can deploy right now to put a dent in our emissions profile.”

The paper looks at the amount of geological space available in formations that is likely suitable to hold greenhouse gas emissions, keeping them from the atmosphere. It also calculates the number of wells needed worldwide to reach the IPCC’s 2050 goal.