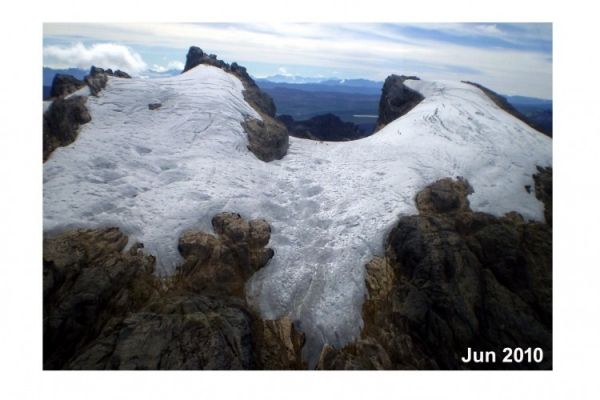 The last remaining tropical glaciers between the Himalayas and the Andes will disappear in the next decade – and possibly sooner – due to climate change, a new study has found.

The glaciers in Papua, Indonesia, are “the canaries in the coal mine” for other mountaintop glaciers around the world, said Lonnie Thompson, one of the senior authors of the study published today in the Proceedings of the National Academy of Sciences.

“These will be the first to disappear; the others will certainly follow,” said Thompson, distinguished university professor in the School of Earth Sciences and senior research scientist at the Byrd Polar and Climate Research Center at The Ohio State University.

The glaciers, atop a mountain near Puncak Jaya, on the western half of the island of New Guinea, have been melting for years, Thompson said. But that melt increased rapidly due in part to a strong 2015-2016 El Niño, a phenomenon that causes tropical ocean water and atmospheric temperatures to get warmer. El Niños are natural phenomena, but their effects have been amplified by global warming.

The study suggests that the glacier will disappear in the next 10 years, most likely during the next strong El Niño.