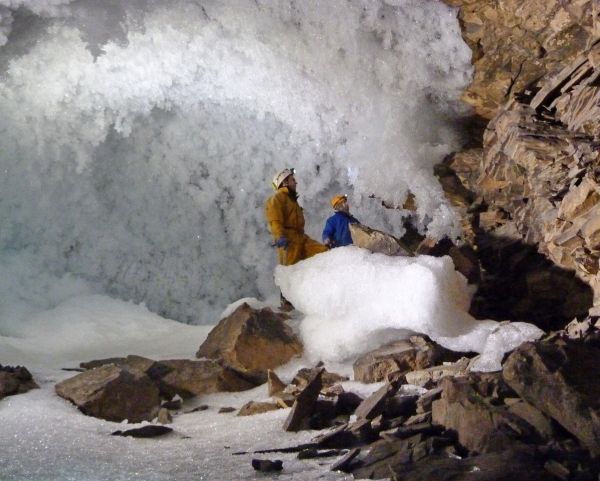 Permafrost is ground that remains frozen throughout the year; it covers nearly a quarter of Northern Hemisphere land.

Permafrost is ground that remains frozen throughout the year; it covers nearly a quarter of Northern Hemisphere land.  The frozen state of permafrost enables it to store large amounts of carbon; about twice as much as in the atmosphere.  The rate and extent of future thawing of permafrost, and consequent release of its carbon, is hard to predict from modern observations alone.

However, a crucial past relationship between summer sea ice in the Arctic and permafrost, discovered in this study, is now understood, with significant implications for the future.

Prof. Gideon Henderson, an author of the study based at the Department of Earth Sciences, University of Oxford, said: ‘We were surprised to find that times when permafrost melted in the past did not simply match up with times when the Earth was at its warmest, but were much more likely when the Arctic was free of ice in the summer.  This discovery about the past behaviour of permafrost suggests that the expected loss of Arctic sea ice in the future will accelerate melting of the permafrost presently found across much of Siberia.’

Significant decreases of Arctic sea ice have been observed in recent years, and the Arctic is expected to be free of summer sea ice in the coming decades.  Such loss of sea ice is likely to lead to an acceleration of thawing of permafrost in Siberia and to consequent release of carbon.