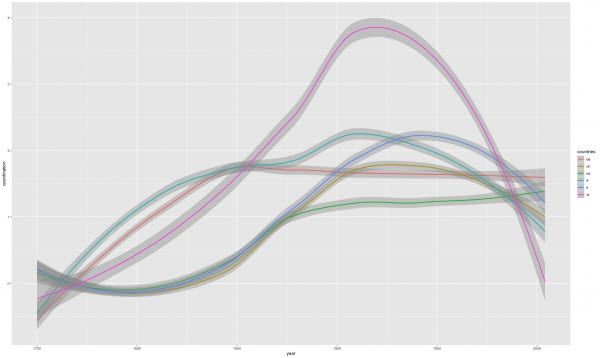 Researchers from UNIGE and UNIL analysed water governance in six European countries from 1750 onwards. They demonstrated that there has been an inflationary trend in the number of regulations, and that – far from improving the situation – this has led to serious malfunctions in the system.

The use of environmental resources has been regulated for centuries with the aim of improving the management and behaviour of private and public actors on an on-going basis. But, does the never-ending introduction of new regulations really have a positive effect? Or, does a surfeit of rules cause malfunctions and lead to disturbing overlaps? In an attempt to answer these questions, researchers from the Universities of Geneva (UNIGE) and Lausanne (UNIL), Switzerland, analysed water governance regulations in six European countries from 1750 to 2006. Their results, published in the journal Ecological Economics, show that rules designed to improve resource management eventually come into conflict in the long run, creating an equal number of positive and negative effects until the system falls apart. At this point, the only way out is for the state to overhaul governance.

Societies have been making rules to control behaviours and the uses of natural resources such as water for centuries. At the same time, however, the competing interests of state and private actors continue to produce environmental problems. In overall terms, the scientific literature is in agreement that developments in the way these regulations are structured are, nevertheless, increasingly positive and effective. But to what extent is this really the case in the long run?

Continue reading at University of Geneva

Image via University of Geneva