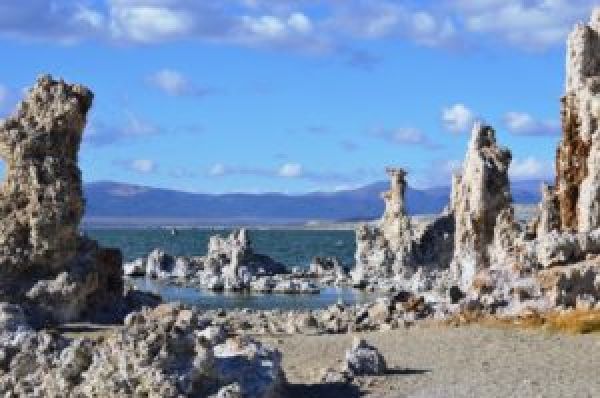 Microbes found across distinct layers in California’s Mono Lake may be surviving by using a variety of carbohydrates for energy, according to a recent study.

New research presented last month at the 2019 American Geophysical Union Fall Meeting in San Francisco described bacteria that thrive in the inhospitable lake across a variety of nutrient conditions. Researchers predict that these bacteria, which express more carbohydrate utilization genes than their competitors, succeed by being able to adapt to use available energy sources. The research helps scientists understand how bacteria survive in extreme environments as well as how bacterial communities shift following changes in nutrient levels.

Mono Lake is a saline soda lake located on the eastern edge of the Sierra Nevada, a few miles outside of Yosemite National Park. Compared to the ocean, the water in the lake has over twice as much salt, is 50 times as basic, and has 600 times as much arsenic. Yet life still manages to thrive in these inhospitable conditions: algae, brine shrimp, and alkali flies all call this lake home. Additionally, there are microbial communities hidden in the water’s depths.

Even stranger environmental conditions arose during recent years because of heavy snowfalls and a large inflow of freshwater into Mono Lake. Because the water in the lake is so salty, the freshwater forms a distinct layer on top.