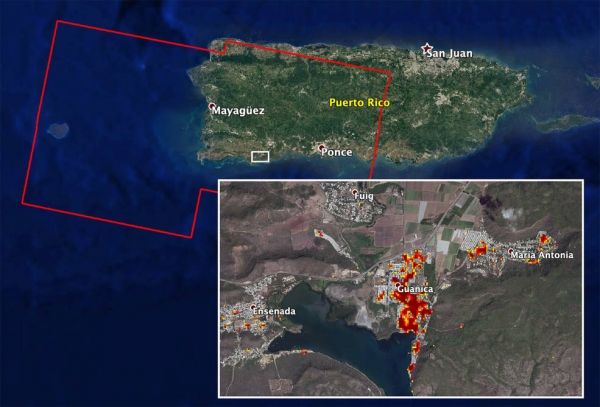 Since a magnitude-6.4 earthquake struck Puerto Rico last week, aftershocks near its southwestern coast have been relentless. The frequency and intensity of the aftershocks continue to cause damage on this already-vulnerable part of the island.

The ARIA team compared post-quake satellite data acquired on Jan. 14 with data as far back as Sept. 2019 to produce the map. The color variation from yellow to dark red indicates increasingly significant damage. Their analysis shows that Guanica, west of the city of Ponce, was particularly hard hit.