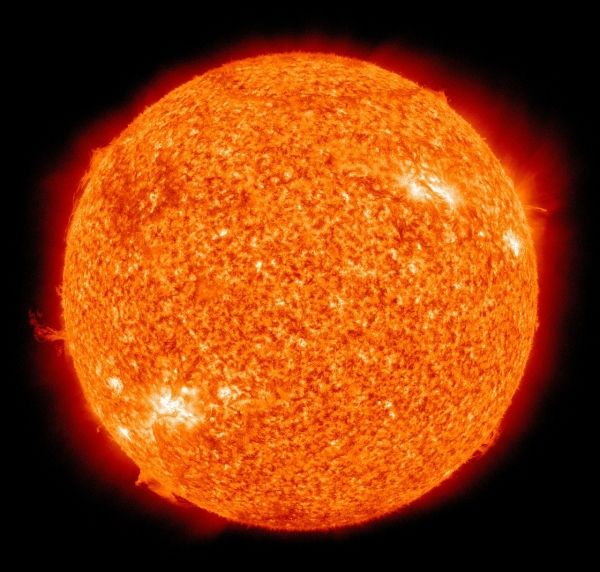 Toward the end of 2017, a massive new region of magnetic field erupted on the Sun’s surface next to an existing sunspot.

Toward the end of 2017, a massive new region of magnetic field erupted on the Sun’s surface next to an existing sunspot. The powerful collision of magnetic energy produced a series of potent solar flares, causing turbulent space weather conditions at Earth. These were the first flares to be captured, in their moment-by-moment progression, by NJIT’s then recently opened Expanded Owens Valley Solar Array (EOVSA) radio telescope.

In research published today in the journal Science, the solar scientists who recorded those images have pinpointed for the first time ever exactly when and where the explosion released the energy that heated spewing plasma to energies equivalent to 1 billion degrees in temperature.

With data collected in the microwave spectrum, they have been able to provide quantitative measurements of the evolving magnetic field strength directly following the flare’s ignition and have tracked its conversion into other energy forms – kinetic, thermal and superthermal – that power the flare’s explosive 5-minute trip through the corona.