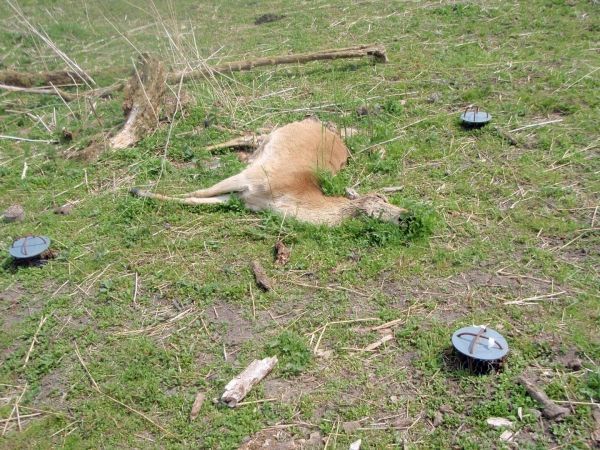 Animal carcasses play an important role in biodiversity and the functioning of ecosystems, also over prolonged periods.

Animal carcasses play an important role in biodiversity and the functioning of ecosystems, also over prolonged periods. Scientists from the German Centre for Integrative Biodiversity Research (iDiv) and the University of Groningen have published these findings in the journal PLOS ONE. The carcasses not only provide food for many carrion-eating animal species, their nutrients also contribute to the significantly increased growth of surrounding plants. This, in turn, attracts many herbivorous insects and their predators. The researchers recommend relaxing regulations governing the disposal of animal carcasses when applied to nature conservation areas.

In the Dutch nature reserve Oostvaardersplassen, one of the largest wetland areas in Central Europe, the scientists investigated how red deer carcasses impact local biodiversity. To this purpose, they first recorded the presence of insect species on surfaces both with and without carcasses, and then plant growth in the immediate vicinity of a carcass. They found that the carcasses not only directly benefit many carrion-eating insects like flies or carrion beetles. They also have a positive long-term effect on plant growth.