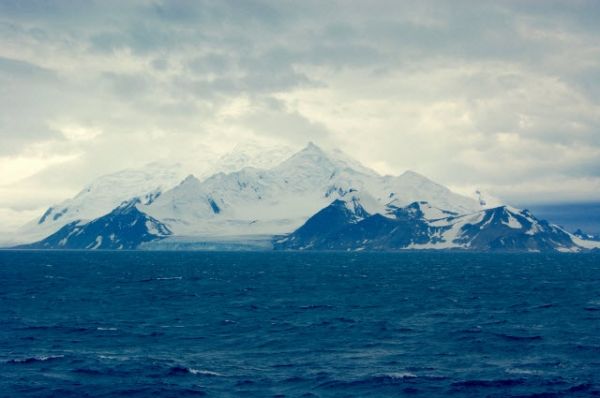 Members of the TASMANDRAKE research group of the Andalusian Earth Sciences Institute (IACT), which pertains to the University of Granada and CSIC, have published a research paper in the prestigious international journal Scientific Reports (part of the Nature group) describing their analysis of clays from Antarctica dating back 35.5 million years, to reconstruct past climate changes.

Their study was conducted in the area known as Drake Passage—the body of water that separates South America from Antarctica, between Cape Horn (Chile) and the South Shetland Islands (Antarctica). The results help to better understand the climatic conditions prior to the formation of the Antarctic Circumpolar Current, thus evaluating possible links between the development of the ice sheet in Antarctica and the changes in the tectonic and paleoceanographic configuration. Such questions constitute key facets of past climate functioning that provide boundary conditions for today’s climate models, which predict a general rise in sea levels over the coming centuries.

The article analyses the relevance as a climatic indicator of the mineral commonly known as ‘glauconite’, which is more properly termed ‘the glauconia facies’ or ‘glauconia’. This is a type of green clay, formed mainly in shallow marine environments (<500 m) with temperatures below 15° C, under very specific oxygenation conditions.

The existence of this clay formation in the Antarctic region has received little scholarly attention to date compared to other geological records on the planet. The characteristic green-coloured mineral has been observed around Antarctica and the Antarctic Ocean in sedimentary sequences of the Terminal Eocene Event—that is, before one of the main climatic transitions in Earth’s history. The Eocene–Oligocene climate transition took place approximately 34–33.6 million years ago.

Continue reading at University of Granada

Image via University of Granada