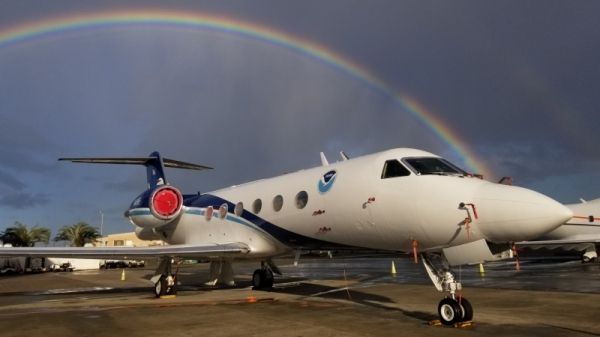 Hurricane hunter aircraft doesn't get a break in winter - they fly winter storm missions as well.

For the past twenty years, from the beginning of November to the middle of April, two types of aircraft, the NOAA G-IV and the USAF Reserve WC-130J, have been flying over the Gulf of Mexico, along the U.S East Coast, and even over the Pacific Ocean to gather data on winter storms that may have big impacts of wind, rain, freezing rain, sleet and snow and even storm surge.

How do the crews know where and when to fly? Those orders come from NOAA’s National Centers for Environmental Prediction in College Park, Maryland. Depending upon where the winter storm could develop, the aircraft are sent to the Gulf of Mexico, or the Atlantic Ocean off the middle-Atlantic coastline, or perhaps both. They also fly over the Pacific Ocean between Hawaii and California for winter storms, including atmospheric rivers, that may affect the U.S West Coast. And just as is done for tropical cyclones, the missions are coordinated through the Chief, Aerial Reconnaissance Coordination All Hurricanes, also known as CARCAH, located at NOAA’s National Hurricane Center in Miami.