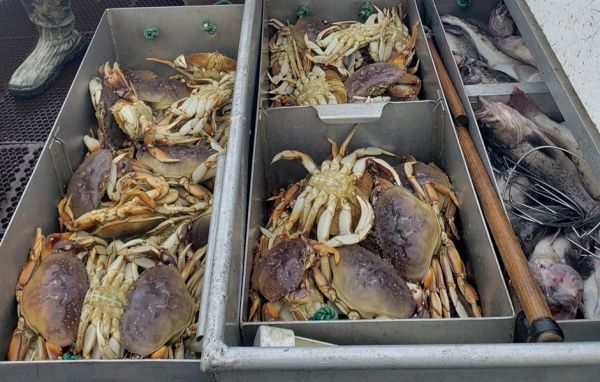 A new NOAA-funded study has documented for the first time that ocean acidification along the US Pacific Northwest coast is impacting the shells and sensory organs of some young Dungeness crab, a prized crustacean that supports the most valuable fishery on the West Coast.

Analysis of samples collected during a 2016 NOAA research cruise identified examples of damage to the carapace, or upper shell, of numerous larval Dungeness crabs, as well as the loss of hair-like sensory structures crabs use to orient themselves to their surroundings.

The study was published in the journal Science of the Total Environment.

Prior to this study, scientists thought that Dungeness crab were not vulnerable to current levels of ocean acidification, although a laboratory study conducted on Dungeness crab larvae by NOAA’s Northwest Fisheries Science Center in 2016 found that their development and survival suffered under pH levels expected in the future.

“This is the first study that demonstrates that larval crabs are already affected by ocean acidification in the natural environment, and builds on previous understanding of ocean acidification impacts on pteropods,” said lead author Nina Bednarsek, senior scientist with the Southern California Coastal Water Research Project. “If the crabs are affected already, we really need to make sure we start to pay much more attention to various components of the food chain before it is too late.”