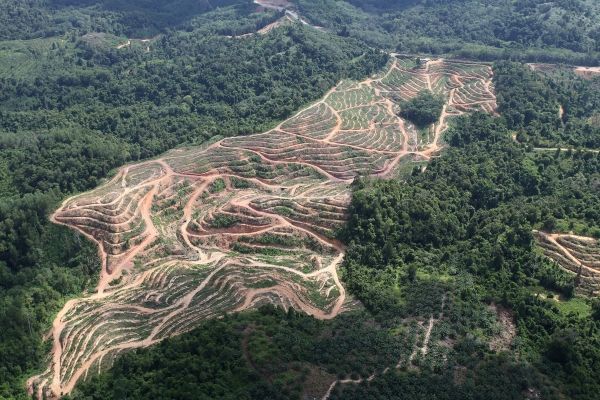 “Our analysis shows that less than 1 percent of the land cleared in Indonesia and Malaysia can be tied to U.S. biofuel production,” said Farzad Taheripour, a research associate professor of agricultural economics at Purdue. “The amount is not significant. We’re talking about thousands of hectares amidst the millions that have been cleared for oil palm plantations and production of other commodities in Malaysia and Indonesia.”

Photo: A Purdue University analysis shows that U.S. biofuel production and policy may account for only a negligible portion of the land cleared for increased palm oil production since the 1990s. (Photo courtesy mongabay.com)