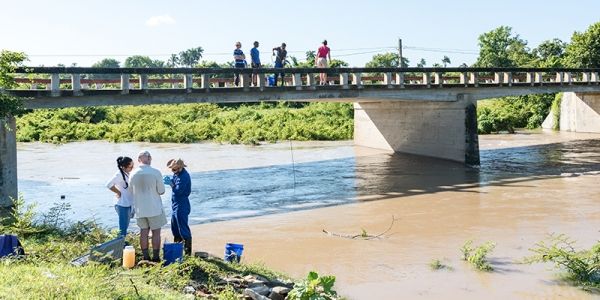 When the Soviet Union disintegrated in the early 1990s, food production on the island of Cuba was reduced—as the supply of Russian fertilizers, pesticides, tractors, and oil dried up. Under the stress of an imminent food crisis, the island quickly rebuilt a new form of diversified farming—including many urban organic gardens—that depended less on imported synthetic chemicals. Over the last two decades, Cuba blossomed into a worldwide model for conservation agriculture, with improved soils and cleaner water.

At least that’s been a popular story among journalists.

Now—for the first time in more than fifty years—a team of Cuban and U.S. field scientists have worked together to rigorously test a key aspect of this story: the impacts of contemporary agriculture on water quality in Cuba’s rivers. Despite centuries of sugarcane plantations and other intensive farming, the international team discovered that none of the rivers they explored show deep damage.

Instead, the scientists measured much lower nutrient concentrations in all of the twenty-five Cuban rivers they studied than are found in the U.S.’s Mississippi River. And they think Cuba’s transition toward sustainable agriculture—and its reduced use of fertilizers on cropland—may be a primary cause.

“A lot of stories about the value of Cuba’s shift to conservation agriculture have been based on fuzzy, feel-good evidence,” says University of Vermont geologist Paul Bierman, who co-led the new research. “This study provides hard data that a crucial part of this story is true.”

Continue reading at University of Vermont

Image via University of Vermont