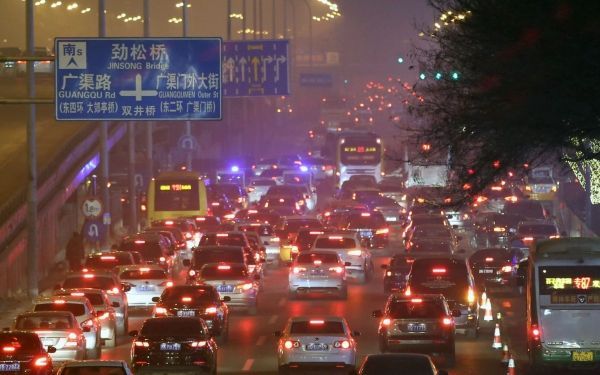 Texas A&M researchers are part of a time that analyzed how auto exhaust in large cities, especially in China, is linked to air quality and health problems.

Tiny matter called “ultrafine particles” in the atmosphere are un-regulated, according to the World Health Organization, but a team of international researchers that includes a Texas A&M University professor and two graduate students has found that auto emissions are a key factor in the creation of the particles, and pose a significant health problem in many urban areas.

Renyi Zhang, Texas A&M distinguished professor of atmospheric sciences and the Harold J. Haynes Chair in Geosciences, and colleagues from the University of Texas at Austin, the University of California-San Diego, the California Institute of Technology, Johns Hopkins University and several Chinese universities have had their work published in the latest issue of PNAS (Proceedings of the National Academy of Sciences).

The team studied auto emissions relevant to urban areas, especially Beijing, which has some of the highest pollution from auto exhaust in the world.

It found that the auto exhaust plays a part in the creation of large amounts of ultrafine particles, tiny matter that is no wider than one-thousandth of a human hair. These tiny particles are a proven harmful contributor to air quality and human health and have been linked to birth defects.