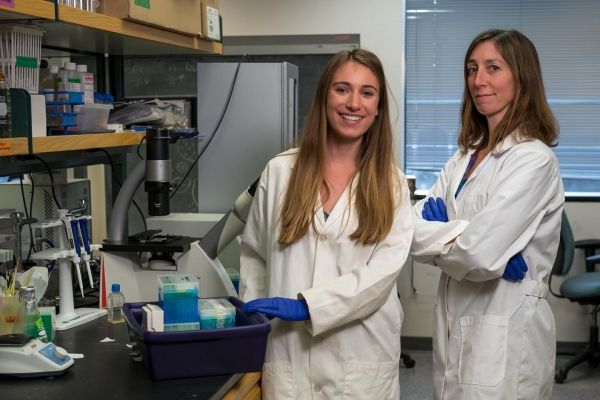 U.S. and Australian researchers have found a potential tool for identifying “super corals” that can tolerate a limited amount of climate change.

U.S. and Australian researchers have found a potential tool for identifying “super corals” that can tolerate a limited amount of climate change.

“We may be able to use algae team characteristics to identify coral colonies to focus on for conservation or restoration,'” said veteran reef researcher Adrienne Correa, a Rice University marine biologist and co-author of a newly published study in the journal Global Change Biology. “It’s not sufficient — if we don’t limit carbon dioxide emissions, it’s not going to be enough to save coral reefs — but it’s exciting.”

In the study, marine biologists from the Australian Institute of Marine Science (AIMS) gathered corals from the Great Barrier Reef and used separately controlled tanks to compare how well they responded to rising ocean temperatures, increased acidity and exposure to bacterial pests.

A look at the symbiotic algae inside the corals revealed an interesting dynamic: Corals with more similar groups of algae survived better under stress.

Image: Rice University's Lauren Howe-Kerr (left) and Adrienne Correa are part of a research team that found it may be possible to predict how well a coral will tolerate the stresses of climate change by examining the team of symbiotic algae living inside it. (Credit: Brandon Martin/Rice University)