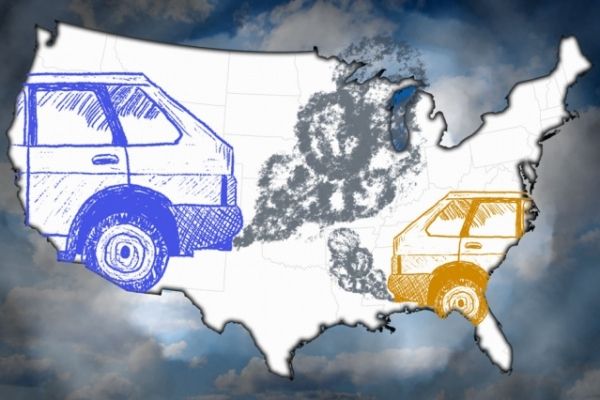 Study tracks pollution from state to state in the 48 contiguous United States.

More than half of all air-quality-related early deaths in the United States are a result of emissions originating outside of the state in which those deaths occur, MIT researchers report today in the journal Nature.

The study focuses on the years between 2005 and 2018 and tracks combustion emissions of various polluting compounds from various sectors, looking at every state in the contiguous United States, from season to season and year to year.

In general, the researchers find that when air pollution is generated in one state, half of that pollution is lofted into the air and carried by winds across state boundaries, to affect the health quality of out-of-state residents and increase their risk of early death.

Electric power generation is the greatest contributor to out-of-state pollution-related deaths, the findings suggest. In 2005, for example, deaths caused by sulfur dioxide emitted by power plant smokestacks occurred in another state in more than 75 percent of cases.

Encouragingly, the researchers found that since 2005, early deaths associated with air pollution have gone down significantly. They documented a decrease of 30 percent in 2018 compared to 2005, equivalent to about 30,000 avoided early deaths, or people who did not die early as a result of pollution. In addition, the fraction of deaths that occur due to emissions in other states is falling — from 53 percent in 2005 to 41 percent in 2018.