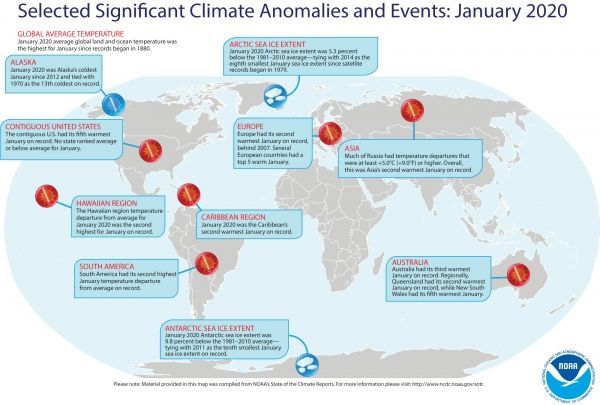 In the span of 141 years of climate records, there has never been a warmer January than last month, according to scientists at NOAA’s National Centers for Environmental Information.

What’s more, the temperature departure from average was the highest monthly departure ever recorded without an El Niño present in the tropical Pacific Ocean.

Climate by the numbers
January 2020
The January global land and ocean surface temperature was the highest on record at 2.05 degrees F (1.14 degrees C) above the 20th-century average. This surpassed the record set in January 2016 by 0.04 of a degree F (0.02 of a degree C).