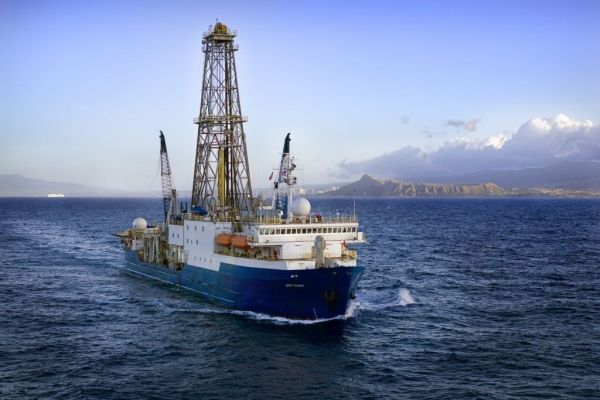 The cores show life present at 2,600 feet below the Indian Ocean seafloor. The discovery could lead to similar finds around the world.

A team of scientists – including two Texas A&M University researchers – have uncovered cores that contain life at some of the deepest levels ever found in subseafloor ancient rocks. Their discovery could open new doors for finding life at other remote areas of the word.

Jason Sylvan, assistant professor in the Department of Oceanography, and graduate student Shu Ying Wee, along with a team of international scientists, have had their work published in the current issue of Nature.

The team examined ocean cores from the International Ocean Discovery Program (IODP) that were drilled almost 2,600 feet beneath the floor of the Indian Ocean.

They found tiny microbes that are alive and active in the rock cores, and revealed how they survive so deep below the seafloor in an environment with no light, barely any space and very little food.

“They are tiny, around 1 micrometer,” Sylvan said. “We can’t tell the age, but assume them to be currently extant, so not necessarily old, but in an environment that is extreme and subsurface. We believe this is the first research to show active microbes in this environment and to be able to describe their lifestyles using such a broad array of data streams.”