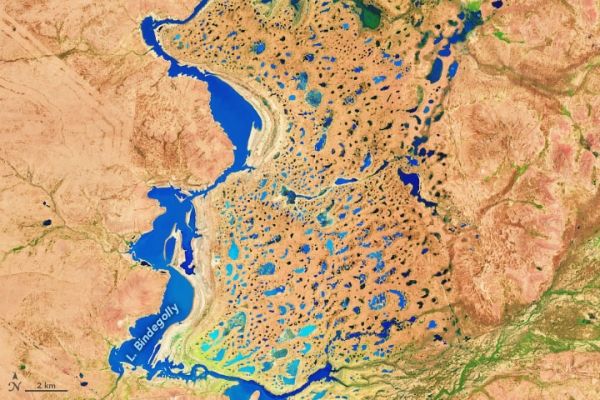 The rain filled waterways in Channel Country, a region in Queensland and South Australia known for its braided streams and alluvial plains. Many of the waterways empty into nearby terminal basins such as Lake Eyre.

The images on this page show swollen rivers and wetlands near the town of Thargomindah, which recently experienced its wettest day in 21 years. The first image shows Lake Bindegolly National Park, located about 40 kilometers (25 miles) east of Thargomindah. The second image shows a stream just south of Lake Bindegolly. Both images were acquired on March 8, 2020, by the Operational Land Imager (OLI) on the Landsat 8 satellite.