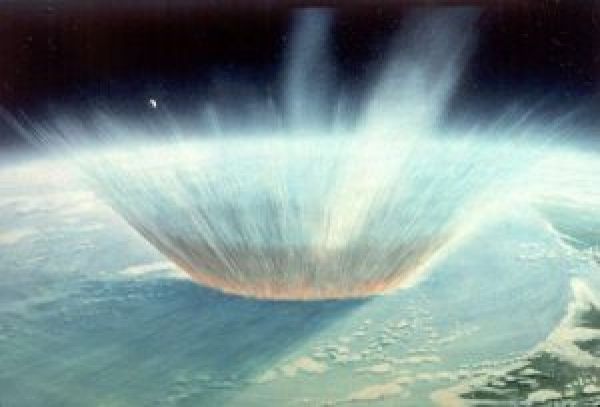 Roughly 66 million years ago an asteroid slammed into the Yucatan peninsula. New research shows darkness, not cold, likely drove a mass extinction after the impact.

New research finds soot from global fires ignited by an asteroid impact could have blocked sunlight long enough to drive the mass extinction that killed most life on Earth, including the dinosaurs, 66 million years ago.

The Cretaceous–Paleogene extinction event wiped out about 75 percent of all species on Earth. An asteroid impact at the tip of Mexico’s Yucatán Peninsula caused a period of prolonged cold and darkness, called an impact winter, that likely fueled a large part of the mass extinction. But scientists have had a hard time teasing out the details of the impact winter and what the exact mechanism was that killed life on Earth.

A new study in AGU’s journal Geophysical Research Letters simulates the contributions of the impact’s sulfur, dust, and soot emissions to the extreme darkness and cold of the impact winter. The results show the cold would have been severe but likely not devastating enough to drive a mass extinction. However, soot emissions from global forest fires darkened the sky enough to kill off photosynthesizers at the base of the food web for well over a year, according to the study.