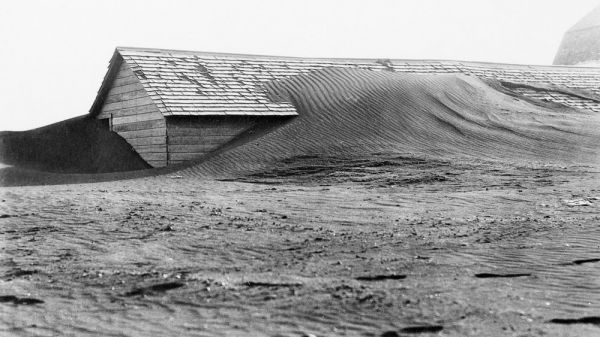 The American Dust Bowl of the 1930s – captured by the novels of John Steinbeck – was an environmental and socio-economic disaster that worsened the Great Depression.

The Dust Bowl was an extreme event. But due to climate change, massive crop failures are more likely to happen again in the future. New research in Frontiers in Sustainable Food Systems aimed to answer what these impacts may look like.

The Dust Bowl was centered on the Great Plains of the USA, where decades of unsustainable deep plowing had displaced native, moisture-retaining grasses. An atypical La Niña then brought intense droughts, high temperatures, and strong winds which blew away the topsoil in the form of large-scale dust storms.

Apart from its direct impact on people (around 7,000 deaths and two million homeless), the Dust Bowl had a catastrophic effect on crops where wheat and maize production in the USA plummeted by 36% and 48% during the 1930s.