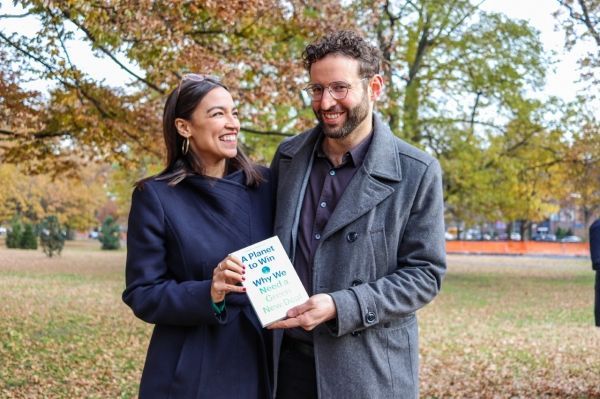 A new book from Penn sociologist Daniel Aldana Cohen and colleagues describes four key facets of the Green New Deal and why they could become a reality in the not-too-distant future.

enn sociologist Daniel Aldana Cohen thinks the U.S. needs a radical Green New Deal, so much so that he and three colleagues wrote a book about it.

“The age of climate gradualism is over, and in the 21st century all politics will be climate politics,” Cohen says. “Going all-out means that no matter who wins the presidential election, there are going to be both victories and defeats. It’s just guaranteed. We’re not going to win every legislative compromise we want to win. That’s why, in a way, we need such aggressive targets because we know we’re not going to hit them all.”

“A Planet to Win” arose organically after a series of interactions made it clear that Cohen and his co-authors—Kate Aronoff from The New Republic, Alyssa Battistoni of Harvard University, and Thea Riofrancos of Providence College—all felt the same about pushing for this economic and environmental movement. Though a broad Green New Deal would hit on a vast realm of factors, the researchers opted to focus on four in their book.

The first two—nationalizing the fossil fuel industry and creating a powerful low-carbon labor movement—go hand in hand. “In contrast to a lot of market mechanisms, the only real way to stop burning fossil fuels is to reduce their extraction. Public ownership is the way to do it,” Cohen says. “Beyond that, we not only need to produce a just transition for workers in the fossil fuel industry, but we need to see green work as care work, caring for the planet and for humans.”

Continue reading at University of Pennsylvania

Image via University of Pennsylvania