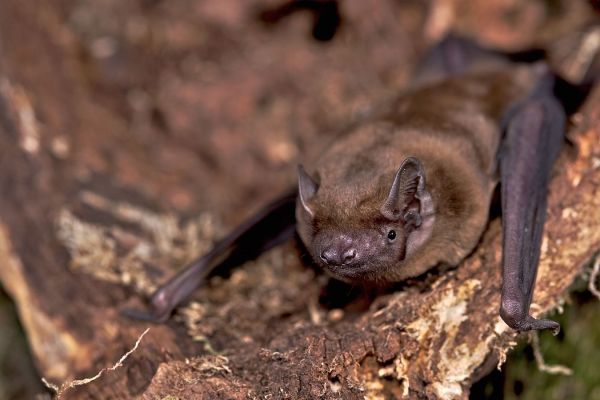 Common noctules – one of the largest bat species native to Germany – are searching for their fellows during their hunt for insects above farmland.

Common noctules – one of the largest bat species native to Germany – are searching for their fellows during their hunt for insects above farmland.

Scientists from the Leibniz Institute for Zoo and Wildlife Research (Leibniz-IZW) show in a paper published in the journal “Oikos” that bats forage on their own in insect-rich forests, but hunt collectively in groups over insect-poor farmland. They seem to zoom in on places where conspecifics emit echolocations during the capture of insects, an inadvertent clue that reveals high-yielding areas to others. However, “listening” to their hunting companions to find food only works when sufficient numbers of bats forage in the same area. If numbers continue to decline, density could fall below a critical level and joint hunting could become difficult or impossible. This could pose an additional threat to the survival of species such as the Common noctule.

Human activities have massively changed the face of the earth over the past centuries. While Central Europe was covered by dense primeval forests in ancient times, today farmland, meadows and managed forests dominate the countryside. Humans have transformed natural landscapes into cultural landscapes and many wild animals disappeared, while others found new ecological niches. Bats were particularly successful in the latter process. As so-called cultural successors, many species were able to survive in modern environments, finding shelter in buildings and feeding above arable land and managed forests. But what is the secret of their success? Are they particularly efficient hunters?