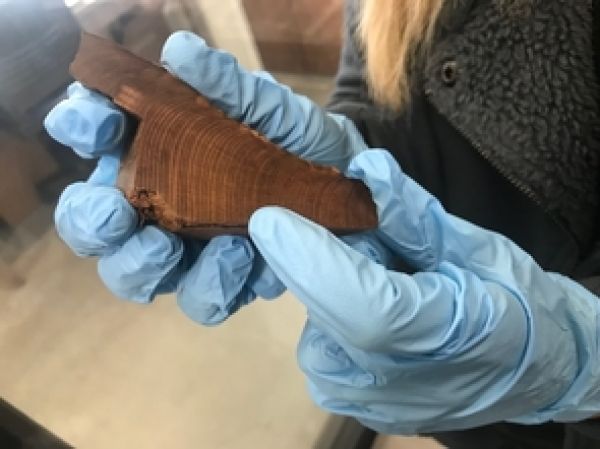 Research led by the University of Arizona Laboratory of Tree-Ring Research has anchored a long sequence of tree rings, providing context for the civilizations that existed throughout the Bronze and Iron Ages.

Charlotte Pearson's eyes scanned a palm-sized chunk of ancient tree. They settled on a ring that looked "unusually light," and she made a note without giving it a second thought. Three years later, and armed with new methodology and technology, she discovered that the light ring might mark the year that the Thera volcano on the Greek island of Santorini erupted over the ancient Minoan civilization. The date of the eruption, which is one of the largest humanity has ever witnessed, has been debated for decades.

Pearson, a University of Arizona assistant professor of dendrochronology and anthropology, is lead author of a new paper, published in Proceedings of the National Academy of Sciences, in which she and her colleagues used a hybrid approach to assign calendar dates to a sequence of tree rings that span the period during which Thera erupted, to within one year of a calendar date. This allows them to present new evidence that could support an eruption date around 1560 B.C.

"In every tree ring, you have this time capsule that you can unpack," Pearson said. Trees grow in accordance with the conditions of their local environment. Each year, trees produce a new layer of concentric growth, called a tree ring, which can record information about rainfall, temperature, wildfires, soil conditions and more. Trees can even record solar activity as it waxes and wanes.