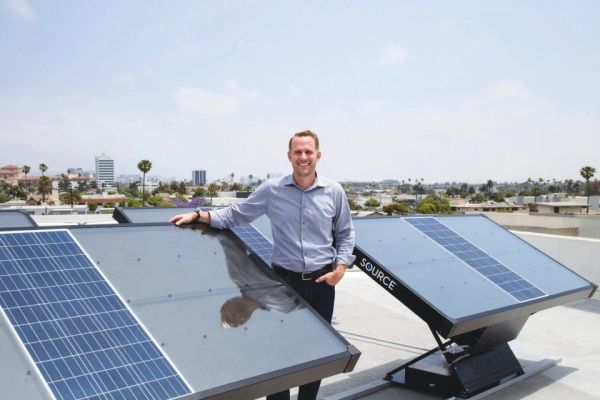 The bead of an idea hit Cody Friesen as a teenager hiking mountain trails in Arizona’s sunbaked Sonoran Desert.

He grew up in the hot, arid region but near an area of lush cotton fields and citrus orchards fed by irrigation canals Native Americans built thousands of years ago.

He was keenly aware of the incongruous reality — how inhospitable that same desert can be to the landscape and wildlife within it. “Here we lived in this very water abundant area, yet, really, we’re in the middle of the desert,” he said.

A similar juxtaposition struck Friesen years later when visiting countries with abundant annual rainfall, “and yet there’s nothing to drink.”

The experiences became the engine for his award-winning technology that absorbs moisture from thin air and converts it into clean drinking water.