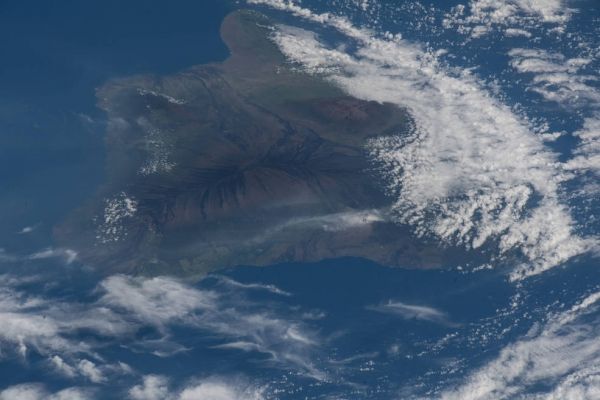 The S-band radar is able to penetrate through vegetation and reach the ground.

Instead of looking up to the sky for bright bursts of fiery color, a research team spent Fourth of July 2018 peering down at fiery globs of molten lava from a sky-diving airplane. Bolted to their plane was a new NASA instrument designed to detect each time the volcano took a breath, as its caldera swelled and deflated.

The team flew multiple flights above the Kīlauea Volcano in Hawaii Volcanoes National Park from July 3 to 5, 2018, to demonstrate how a new instrument could pave the way for a future constellation of small satellites dedicated to monitoring impacts from volcanic activity, earthquakes and changes in land surfaces, said Lauren Wye, the principal investigator who led and recently concluded the instrument’s development at SRI International in Menlo Park, California.

A global map detailing land elevation changes over time can help scientists pinpoint ground motion before, during and following earthquakes and volcanic eruptions, and help identify impacts from floods and groundwater pumping. “The CubeSat Imaging Radar for Earth Sciences, or CIRES, can help decision-makers and emergency managers obtain observations sooner after a hazardous event so that they are better prepared to deal with disaster relief,” Wye said.