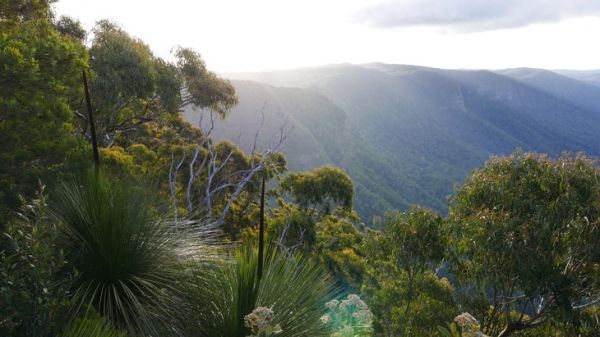 In wake of wildfires, paleobotanist Peter Wilf and his colleagues call attention to the importance of Australia's ancient forests and their living fossils.

Recent wildfires in Australia torched more than 48,000 square miles of land (for context, Pennsylvania is about 46,000 square miles). The fires impacted ecologically sensitive regions, including an area called the Gondwana Rainforests of Australia World Heritage Site. This region contains a vast concentration of living plants with fossil records from tens of millions of years ago, according to Peter Wilf.

In a letter in the March issue of Science, Wilf, an Institutes of Energy and the Environment co-funded faculty member, and two colleagues explain the importance of these regions and make an appeal to readers to conserve the land. Wilf’s coauthors were Robert Kooyman, the letter’s lead author and rainforest researcher at Macquarie University, Australia, and James Watson, professor of conservation science at University of Queensland, Australia.

“You may think of the Amazon when you think of rainforests, but Australia has just a few little pockets that are still wet year-round,” Wilf said. “The areas are so small that climate change could just wipe them out in a geologic second and with it, wipe out more than 40 million years of rainforest history. The area of Nightcap National Park, about half of which was affected by the recent fires, is a World Heritage site because it is a living museum of paleo-Antarctic plants that are found nowhere else.”