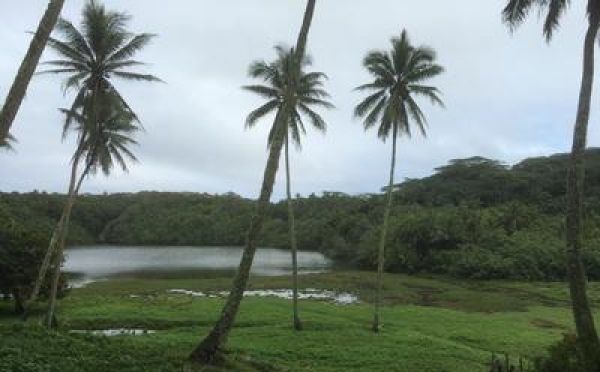 Research led by scientists at the University of Southampton has found settlers arrived in East Polynesia around 200 years earlier than previously thought.

Colonisation of the vast eastern Pacific, with its few and far-flung island archipelagos, was a remarkable achievement in human history. Yet the timing, character and drivers of this accomplishment remain poorly understood.

However, this new study has found a major change in the climate of the region, which resulted in a dry period, coinciding with the arrival of people on the tiny island of Atiu in the southern group of the Cook Islands, around 900AD. Findings are published in the journal PNAS.

“The ancestors of the Polynesians, the Lapita people, migrated east into the Pacific Ocean as far as Fiji, Tonga and Samoa, reaching them around 2800 years ago. But for almost 1500 years humans failed to migrate any further into the pacific,” explains lead researcher, Professor David Sear of the University of Southampton. “Our research gives us a much more accurate timescale of when people first arrived in the region and helps answer some key questions about why they made their hazardous journey east.”