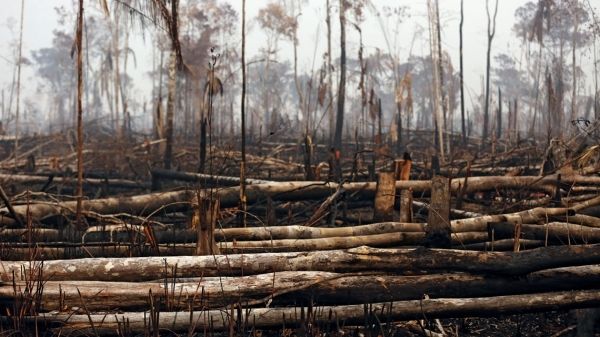 Between 2010 and 2017, the rainforest emitted more carbon than it absorbed

he Amazon is losing its ability to remove carbon dioxide (CO2) from the atmosphere, meaning it is no longer helping to slow down global warming. Between 2010 and 2017, the world’s largest tropical rainforest released a few hundred million tons more carbon each year, on average, than it removed from the air and stored in its vegetation and soil. During this period, the carbon balance in the Amazon, which represents the sum of all emissions minus all carbon dioxide absorption in the biome, was positive. The result is part of a comprehensive international study led by Brazilians, whose preliminary results, with no margin of error yet calculated, were presented at the meeting of the American Geophysical Union (AGU) held December 9–13 in San Francisco, California.

With some 5 million square kilometers of preserved forest, the Amazon was, until recently, considered a carbon sink, a name given to regions, activities, or processes that absorb more CO2 than they emit. When the opposite occurs and emissions exceed absorption, it is known as a carbon source. If the emission and absorption of CO2 are equal, the carbon balance is neutral. “In the period analyzed, the Amazon was a consistent source of carbon,” says chemist Luciana Gatti, head of the Greenhouse Gas Laboratory (LAGEE) at the Brazilian National Institute for Space Research (INPE), which took most of the atmospheric measurements that underpin the study’s results. “If we exclude the data from years that suffered major droughts, such as 2010, 2015, and 2016, the biome is almost neutral, but emissions still slightly exceeded absorption.” Drought years are known to reduce the rainforest’s ability to remove carbon dioxide from the atmosphere and significantly increase emissions of the gas.