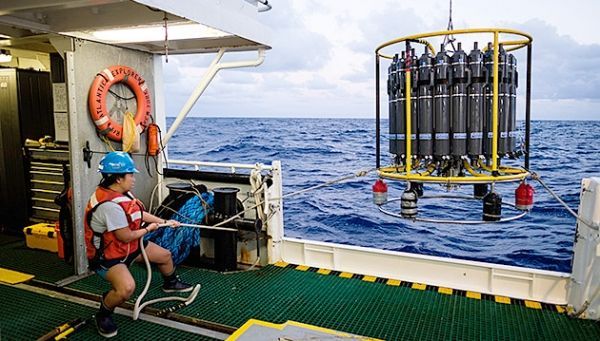 We’re familiar with how climate change is impacting the ocean’s biology, from bleaching events that cause coral die-offs to algae blooms that choke coastal marine ecosystems, but it’s becoming clear that a warming planet is also impacting the physics of ocean circulation.

“The oceans play a vital role in buffering the Earth from climate change by absorbing carbon dioxide and heat at the surface and transporting it in the deep ocean, where it is trapped for long periods,” said Sam Stevens, doctoral candidate at the University of British Columbia and lead author on the study. “Studying changes in the structure of the world's oceans can provide us with vital insight into this process and how the ocean is responding to climate change.”