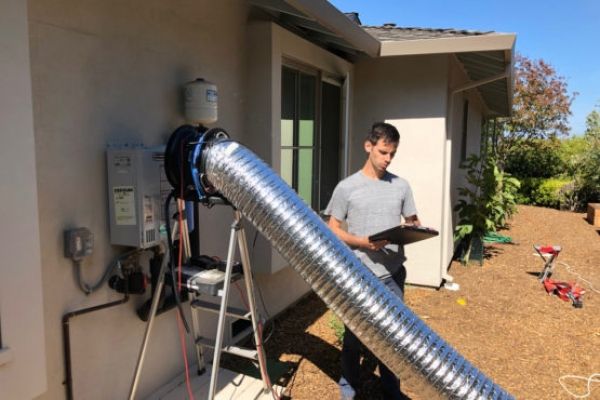 Emissions of methane, a potent greenhouse gas, from water heaters are higher than previously estimated, especially for a new type of heater growing in popularity, a new Stanford study finds. But simple fixes exist.

Natural gas escapes from water heating systems through leaks and because some is not combusted by the burner. These tiny inefficiencies can add up: The resulting emissions of methane – a powerful greenhouse gas – for water heaters across the United States are potentially more than three times higher than expected, according to a new Stanford study. The good news, however, is that simple fixes are available that can be applied across most of the world’s economies.

“These appliances are letting less than 1 percent of their gas escape, but so is the natural gas production at the opposite end of the system, and then we have all the leaky pipelines and meters in between,” said Rob Jackson, the study’s senior author and a professor of Earth system science at Stanford University’s School of Earth, Energy & Environmental Sciences (Stanford Earth). “Fixing gas leaks is an iterative challenge. For water heaters, we know what we have to do.”