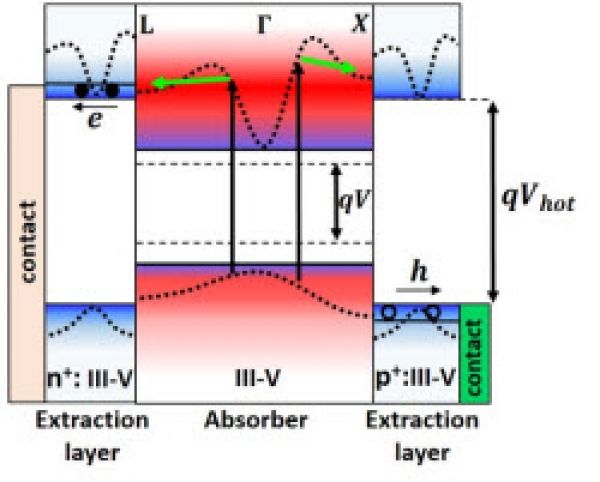 Experimental condensed matter physicists in the Department of Physics at the University of Oklahoma have developed an approach to circumvent a major loss process that currently limits the efficiency of commercial solar cells.

Solar cells convert the sun’s energy into electricity and are the main component of solar panels and many types of electrical devices as broad-ranging as satellites and calculators.

Members of the Photovoltaic Materials and Devices Group, led by OU associate professor in the Homer L. Dodge Department of Physics and Astronomy, Ian Sellers, along with theorists at Arizona State University, led by David K. Ferry, have demonstrated a breakthrough toward the development of a hot carrier solar cell.

A hot carrier solar cell is a device that would increase the efficiency of solar cells by more than 20%, which Sellers said would be a significant breakthrough for solar energy.

Continue reading at University of Oklahoma

Image via University of Oklahoma