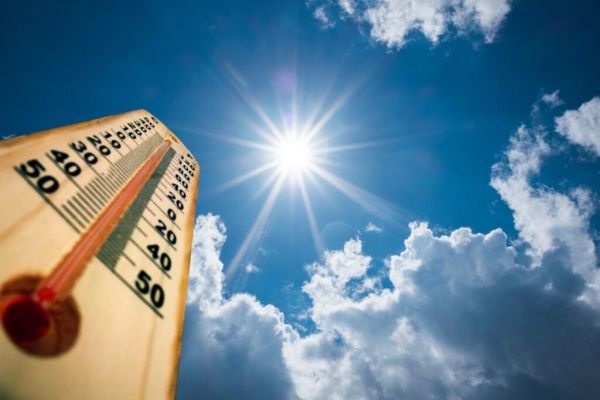 A new study from University of Michigan climate researchers concludes that some of the latest-generation climate models may be overly sensitive to carbon dioxide increases and therefore project future warming that is unrealistically high.

In a letter scheduled for publication April 30 in the journal Nature Climate Change, the researchers say that projections from one of the leading models, known as CESM2, are not supported by geological evidence from a previous warming period roughly 50 million years ago.

The researchers used the CESM2 model to simulate temperatures during the Early Eocene, a time when rainforests thrived in the tropics of the New World, according to fossil evidence.

But the CESM2 model projected Early Eocene land temperatures exceeding 55 degrees Celsius (131 F) in the tropics, which is much higher than the temperature tolerance of plant photosynthesis—conflicting with the fossil evidence. On average across the globe, the model projected surface temperatures at least 6 C (11 F) warmer than estimates based on geological evidence.

Continue reading at University of Michigan

Image via University of Michigan