Details
University of Illinois at Chicago 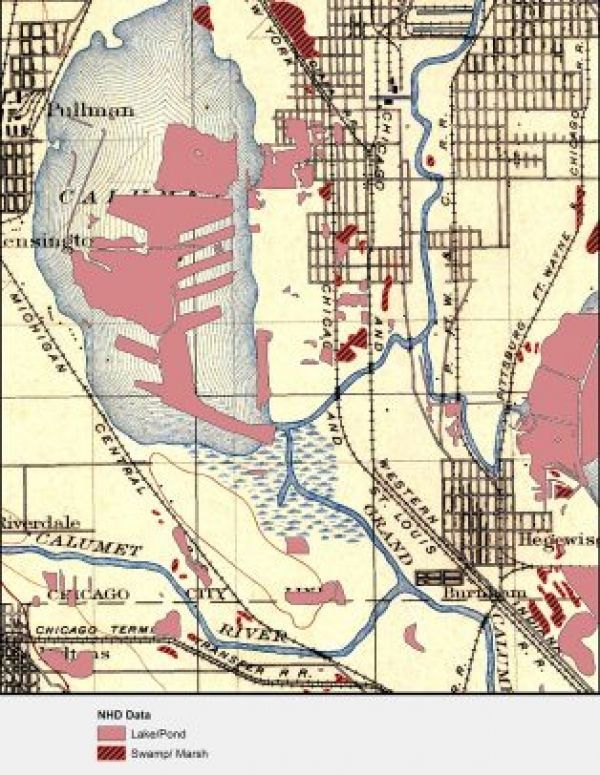 Prior to European settlement, wetlands, lakes and streams were the major landscape features of the Chicago region.

Much of this has been altered or lost in the past 150 years, most notably by the reversal of the Chicago River in 1900 with the construction of the Sanitary and Ship Canal. Many animal species that lived in these habitats also disappeared.

Now, a group of graduate students at the University of Illinois at Chicago have quantified over a century of these changes in detail.

In a paper published in the journal Urban Ecosystems, students from the departments of earth and environmental sciences and biological sciences have measured both the extent of wetland loss in Cook County since the time of the river reversal and the alterations in the animal populations. The paper, which is the result of a class project for the course “Extinctions: Modern and Ancient,” compares the changes in aquatic environments and fauna in Cook County during two intervals: 1890-1910 and 1997-2017.

Continue reading at University of Illinois at Chicago

Image via University of Illinois at Chicago