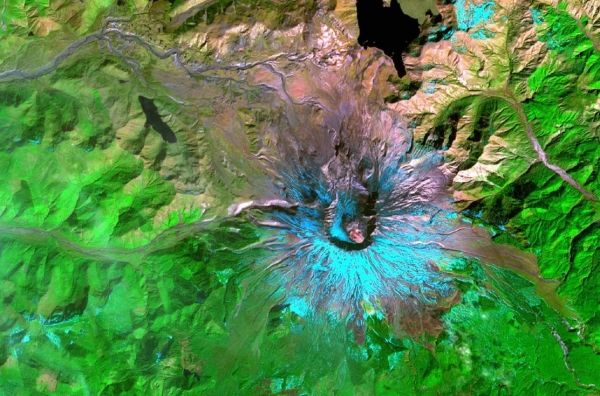 The mountain is one of several active volcanoes in the Cascades range, whose towering conical peak once reached upwards of 9,600 feet. It erupted on May 18, 1980, after lying dormant for more than 123 years.

Leading up to the eruption, a new system of seismographs, which had recently gone into operation at the University of Washington, began recording a series of earthquakes beginning on March 20 that intensified over the next week. By May 27, magma building up beneath the mountain rose up high enough to come into contact with water beneath the surface. Like a pressure cooker, the force of the molten rock and steam started building up under the surface as more frequent earthquakes rocked the area.

Shortly after 8:30 a.m. PDT on May 18, a huge earthquake caused a mile-wide portion of the mountain’s north face to collapse. The eruption produced a force equal to 10–50 megatons of TNT, the equivalent of 25,000 atomic bombs released over the city of Hiroshima during World War II, and superheated gas and rock exploded out of the volcano sideways at speeds of up to 400 mph.