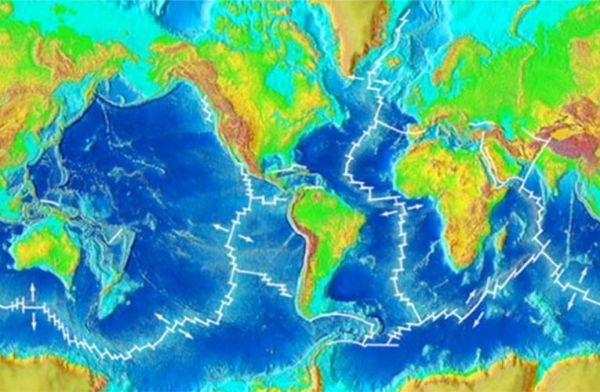 By providing the first estimate of how much hydrogen is available to fuel microbial life in the sunless sub-seafloor crust beneath the Mid-Ocean Ridge (MOR), a new Duke University-led study sheds light on one of Earth’s least understood biospheres.

It may also help illuminate how similar conditions could support life in other extreme environments, from distant planets to early Earth itself.

Most microbes use sunlight-powered photosynthesis to create organic matter. But chemosynthetic microbial communities living deep within the volcanic rock of Earth’s oceanic crust lack this energy source and use hydrogen, released as a free gas when water flows through the iron-rich rock, as their fuel to convert carbon dioxide into food.

Scientists have known that life can thrive in the abyss since shortly after the discovery of the first deep-sea hydrothermal vents in 1977. But it wasn’t until 2013 that microbiologists discovered microbial communities living within volcanic rocks beneath the seafloor. That discovery sparked widespread scientific curiosity, not only due to the potential size of the newfound biosphere -- the oceanic crust is several kilometers thick and covers 60% of Earth’s surface -- but also because the extreme, oxygen-poor conditions found there are similar to those when life first began on Earth, a time when chemical energy may have been the only energy source available to fuel microbes’ metabolisms.