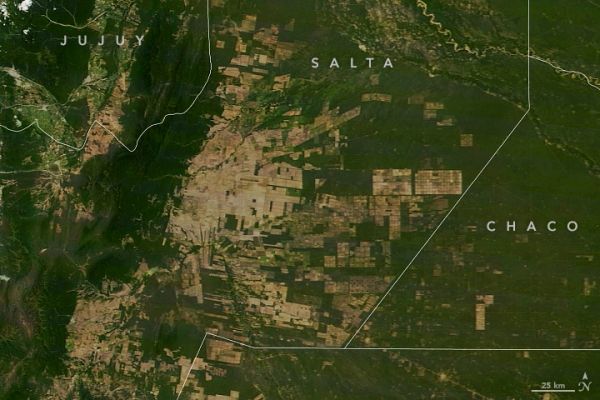 The Gran Chaco spans about 650,000 square kilometers (250,000 square miles) in Argentina, Paraguay, Bolivia, and Brazil—making it the largest dry forest in South America. It largely consists of shrubs and hardwood trees that provide habitat for thousands of plant species and hundreds of animal species. The native Wichí people have hunted and gathered on this land for decades.