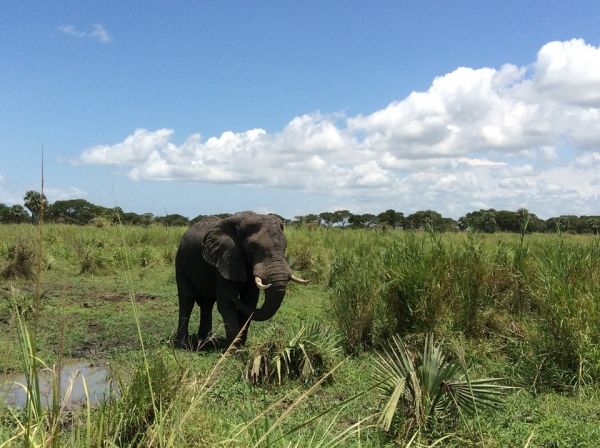 Imagine a tropical version of the Alaskan oil pipeline. Only longer.

Imagine a tropical version of the Alaskan oil pipeline. Only longer. And passing through critical elephant, lion, and chimpanzee habitats and 12 forest reserves, skirting Africa’s largest lake, and crossing more than 200 rivers and thousands of farms before reaching the Indian Ocean — where its version of the Exxon Valdez disaster would pour crude oil into some of Africa’s most biodiverse mangroves and coral reefs.

Such a project is ready for construction, to bring to the world oil from new oil fields in the heart of Africa. It is the East African Crude Oil Pipeline.

The middle of a global pandemic, during which oil demand is in freefall and prices at rock bottom, might seem an odd moment to boost the world’s oil production. But the petrochemicals industry is always looking for new reserves to replace those being exhausted. And two oil fields discovered on the shores of Lake Albert, which straddles the border between Uganda and the Democratic Republic of the Congo, are currently among the biggest and cheapest new reserves available. They contain an estimated 6 billion barrels, roughly half the size of Alaska’s Prudhoe Bay field.