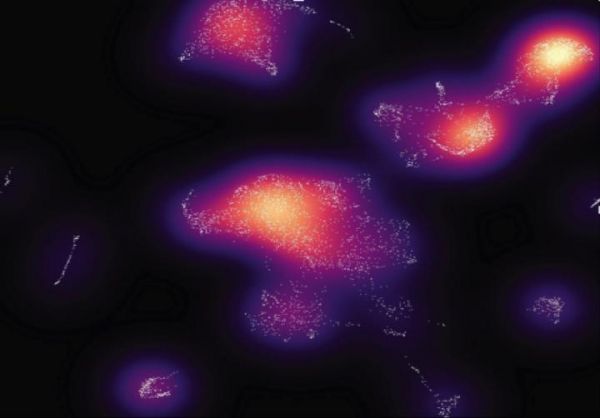 Sometimes cancer stays put, but often it metastasizes, spreading to new locations in the body.

Sometimes cancer stays put, but often it metastasizes, spreading to new locations in the body. It has long been suspected that genetic mutations arising inside tumor cells drive this potentially devastating turn of events.

Now researchers have shown for the first time that our own pre-existing genetics can promote metastasis.

A new study, published May 25 in Nature Medicine, suggests that differences in a single gene, carried within someone’s genome from birth, can alter progression of melanoma, a type of skin cancer. The researchers suspect these inherited variations may have the same effect on other types of cancer as well.

“Patients often ask ‘Why am I so unlucky? Why did my cancer spread?’ As doctors, we never had an answer,” says lead investigator Sohail Tavazoie, Leon Hess Professor and senior attending physician. “This research provides an explanation.”

Image: When researchers analyzed the immune cells in the tumors and grouped them by type, they found more cancer-fighting cells in mice with ApoE4. (Credit: Elizabeth and Vincent Meyer Laboratory of Systems Cancer Biology at The Rockefeller University)