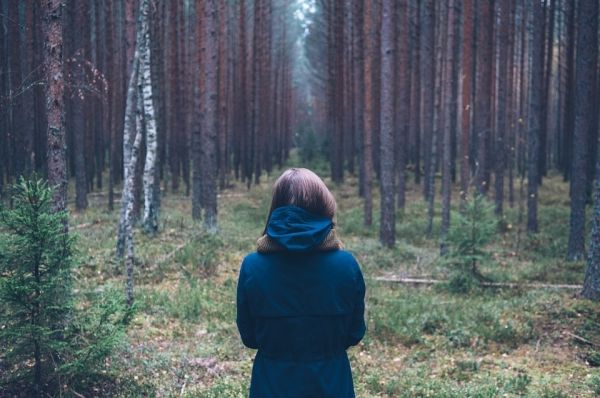 Tim Leiby had wrapped up a fun but fruitless early-morning turkey hunt and was enjoying an old John Wayne flick when I arrived at Willow Lodge near Blain, Pennsylvania.

Tim Leiby had wrapped up a fun but fruitless early-morning turkey hunt and was enjoying an old John Wayne flick when I arrived at Willow Lodge near Blain, Pennsylvania. A few flurries drifted down on this unseasonably cold May morning. After a quick scan of antlers mounted on virtually every wall of the cozy hunting lodge, we headed out for a socially distanced stroll through what Leiby calls “our little piece of heaven.”

This 95-acre woods in south-central Pennsylvania’s ridge-and-valley country is a hunting and hiking refuge co-owned by eight families. As much as he loves it, Leiby knows it could be even better. The forest is still recovering from heavy logging in the 1980s, and it’s full of invasive or unwanted plants — he points out striped maple, princess tree, and barberry — that do little for wildlife and keep desired hardwoods like oak and hickory from regenerating. “Barberry is a terrible invasive around here,” Leiby says. “It’s choking out the ground cover.”

Small family-owned forests like this one make up 38 percent of U.S. forests — together more than 1.5 times the area of Texas, and more than any other ownership type. While most owners want to do right by their land, they rarely have access to the needed expertise or resources. That, however, may be changing. In April, the environmental nonprofits The Nature Conservancy (TNC), American Forest Foundation (AFF), and Vermont Land Trust announced two new programs, powered by a $10-million rocket boost from the tech giant Amazon, to funnel funds from carbon emitters to small landowners like Leiby eager to grow larger, healthier forests.

Program leaders estimate that if scaled up to 4 million acres of family-owned forest (slightly larger than Connecticut), the initiative could offset 18.5 million tons of carbon emissions by 2031. If the projects meet an ultimate goal of signing up 20 percent of U.S. forest landowners, forests could sequester up to 2 billion tons between 2030 and 2100. That’s not going to save the climate — in 2018 alone, the U.S. emitted 5.4 billion metric tons of carbon dioxide — but it could make a dent, roughly like taking 6 million cars off the road for seven decades.