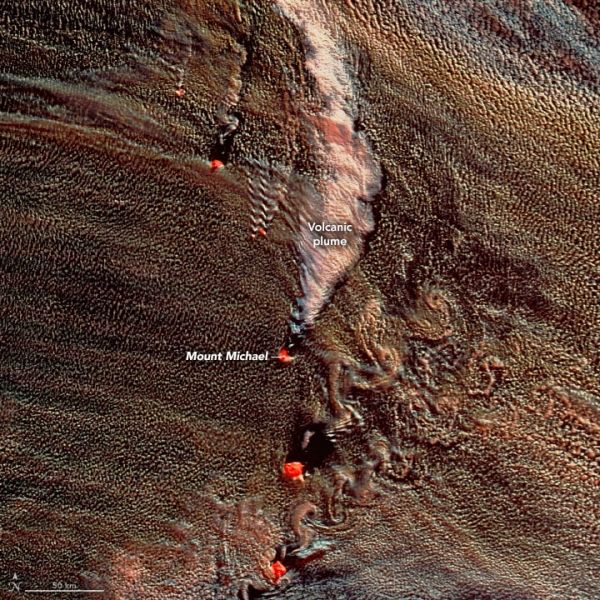 The volcanoes of the remote South Sandwich Islands make an ideal natural laboratory for studying how airborne particles alter clouds.

In 2008, atmospheric scientist Santiago Gassó authored a study that highlighted abnormally bright trails of clouds around remote peaks in the South Sandwich Islands. The unusual looking clouds were caused by volcanoes emitting sulfur dioxide and other gases and particles that interacted with passing clouds and made them brighter and more lasting than the surrounding clouds.

More than a decade later, the NASA and University of Maryland scientist is still tracking and learning from these “volcano track” clouds over the South Atlantic Ocean. In 2020, he watched several of them during a period of sustained period of activity on Mount Michael. For two weeks in mid-May, NASA satellites observed volcano tracks nearly every day.

On some days, wide tracks extended for hundreds of kilometers from the volcano. But on most days, the tracks were thin and faint, indicating that the volcanic activity was not especially intense.