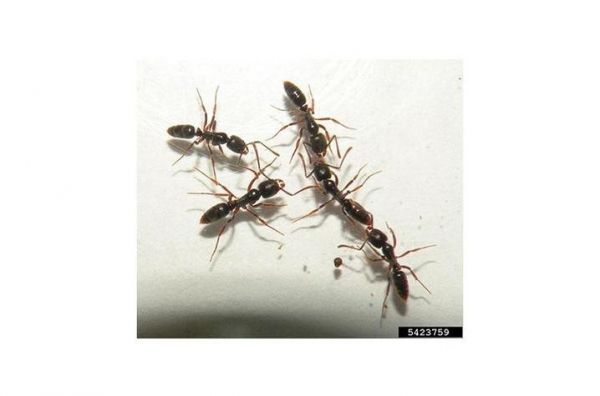 Asian needle ants have a powerful sting, but UK entomologists encourage people not to panic if they find them.

University of Kentucky entomologists want people to be aware of a new stinging pest in the state, the Asian needle ant.

Recently, Asian needle ants invaded a home in south central Kentucky and stung the homeowner. This is one of the state’s first reports of the ants coming indoors. The insect has been in Kentucky since at least 2013 and in the U.S. since the 1930s. It is found throughout the state, but tends to stay outdoors, preying on other ants and termites. Like other insects who live primarily outdoors, they are most active during warmer months with populations declining as the weather gets cooler.

Fortunately, Asian needle ants do not tend to be aggressive and only sting when they feel threatened. However, the chances of a person getting stung greatly increase when the Asian needle ant moves indoors.

Continue reading at University of Kentucky

Image via University of Kentucky