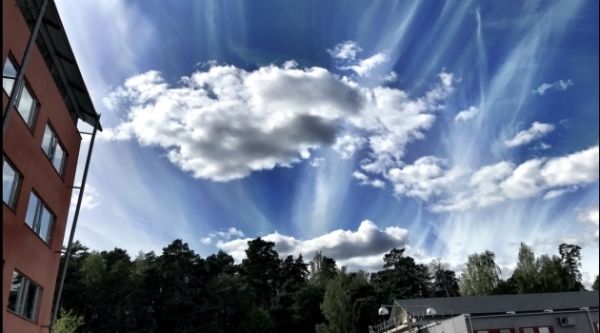 A new mathematical model for predicting variations in solar irradiance has been developed at Uppsala University.

A new mathematical model for predicting variations in solar irradiance has been developed at Uppsala University. It may help to promote more efficient use of electricity from solar energy. In tests of various data models, the model proved capable of making highly reliable forecasts, and emerged as the best for this purpose in some respects. The results have now been published in two articles in the journal Solar Energy.

As clouds pass overhead, solar power generation from a photovoltaic system fluctuates from one minute to the next. Local producers of their own solar energy (for a single property, for example) wishing want to adjust their electricity use according to supply may need to know, in detail, how the amount of sunlight is changing. Forecasts of solar irradiance (the amount of solar radiation reaching a given surface, measured in watts per square metre, W/m2) may be a way of achieving greater control of solar power production.

Project leader Joakim Munkhammar of the Department of Civil and Industrial Engineering at Uppsala University explains.