Details
Institute of Physical Chemistry of the Polish Academy of Sciences 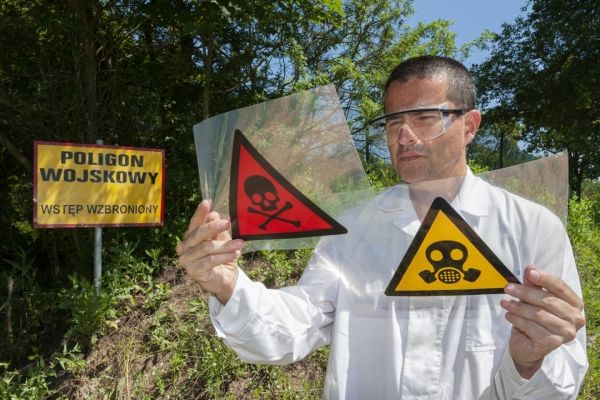 The air around us is still getting more and more polluted. No wonder many scientists strive to find a way to purify it.

The air around us is still getting more and more polluted. No wonder many scientists strive to find a way to purify it. Thanks to the work of an international team led by prof. Juan Carlos Colmenares from the Institute of Physical Chemistry, Polish Academy of Sciences, we are a big step closer to achieve this goal. They found a way to make an efficient reactive adsorbent able to purify the air from various toxic compounds, cheaply, and effectively.

"Most important is the material we made at the laboratory," says prof. Colmenares. "It not only adsorbs toxic vapors from the air but also, thanks to its photocatalytic properties, can break them into less toxic elements." Material made by the team consists of two quite cheap and easy to acquire compounds: titanium dioxide and graphite oxide. "We intended to make it widely available," explains the professor, and "environmentally friendly." The innovation here was to use ultrasound to make the two counterparts - one organic and one inorganic - to co-operate. The organic counterpart catches the toxic particles, and the inorganic one destroys them by photocatalysis. Ultrasonic manipulation also significantly widens the active surface and chemical heterogeneity of the new material, allowing for higher detoxification efficiency against the "bad guys" from the air. "Thanks to the ultrasound waves, we get excellent dispersion and the layer of graphite oxide sort of rests on the surface of titanium dioxide," says prof. Colmenares. Initially, researchers planned to incorporate this material as an additional filter layer for soldiers' gas masks, or into fabrics, making uniforms that would protect a soldier from toxic gaseous chemicals on the combat field. All this, providing the day, was sunny, and garment had additional LED lights activating photocatalysis. However, high absorptance can be achieved even in the dark.

However, although the invention has been tested on warfare agents, its potential applications are much broader and more peaceful.

Image: Toxic chemicals stand no chance against a nanoshield created by scientists from IPC PAS. Photo made on site of the Front Modlin company. (Credit: IPC PAS, Grzegorz Krzyzewski)